IF YOUR LIFE FEELS MEDIOCRE,

God has done everything necessary to give you a satisfying life. If that seems hard to believe, examine the John 3:16 Story for yourself.

READ THE STORY
Watch the animation
Download the Booklet

GOD HAS
ALWAYS LOVED US AND INCLUDED US IN HIS STORY.

“For God so loved the world…”

This is how the story begins. The first pages of the Bible tell us that God created human beings “in His own image.” He made Adam and Eve (the first humans) His very own children—the main characters in His story—and gave them the most satisfying life imaginable. He told them to rule over the whole earth on His behalf and expand His family, while enjoying a close relationship with Him.

And back then, everything that God had created was “very good.” The environment was a real-life paradise with no hardships, no sickness, no suffering, no death, no natural disasters, no war. Everything was perfect.

Could humans have asked for a better life than this—reigning over the entire planet, procreating, and knowing God personally, all in a perfect environment? Only a loving God could create such a happy existence for us to enjoy.

But what went wrong? Why do we live in a world far different from the one God created for us?

WE REBELLED AGAINST GOD, ABANDONING HIS PERFECT STORY TO WRITE OUR OWN.

Even though God had warned Adam and Eve that the fruit of a certain tree was deadly, they chose to eat it anyway.

By choosing to disobey God, they forfeited the perfect, endless life that He had given them. Even worse, they plunged humanity into an endless cycle of rebellion and death. You see, all of Adam and Eve’s descendants—including us—have inherited this awful tendency to rebel against God.

Though we are aware of God’s laws, which are written in the Bible and on the human conscience (we’re all born with a God-given sense of right and wrong), we break His rules repeatedly. The Bible puts it like this, “For all have sinned, and come short of the glory of God” (Romans 3:23). In other words, our rebellion keeps us from living the glorious life that we were designed to enjoy. This is why our lives are mediocre at best and miserable at worst. You wouldn’t expect a polar bear to enjoy living in the desert because he wasn’t designed for a hot climate. Yet, humans convince themselves that they can live contrary to God’s design for them and be just fine. This foolish rebellion against God is the cause of all our unhappiness. Broken relationships, crime, suffering, and every kind of evil come from this same source. And we cannot fix the situation on our own. So, what is the solution?

GOD SENT HIS SON TO PAY THE PRICE FOR OUR REBELLION AND RESTORE US TO OUR ROLE IN HIS STORY.

“…That He gave His only begotten Son…”

Our rebellion against God doesn’t just make us unhappy—it makes God unhappy. And just like any good judge must enforce the law on criminals, the Holy and Righteous Judge of the Universe must judge sinners. The Bible puts it this way: “The wages of sin is death” (Romans 6:23). That means, in God’s courtroom, we deserve to die for our sins. Even worse, every sinner is destined for “the lake of fire” after death. The Bible says, “But the fearful, and unbelieving [those who reject Jesus], and the abominable [those who are guilty of pride and any other sin that is sickening to God], and murderers, and whoremongers [those who engage in sexual sin], and sorcerers, and idolaters, and all liars, shall have their part in the lake which burneth with fire and brimstone: which is the second death” (Revelation 21:8).

Now, if we think God’s judgment is unfair, we prove that we are inconsistent creatures. If someone abuses us, steals from us, or lies to us, we demand justice. We expect kidnappers, murderers, and thieves to be sent to prison. But then we expect God to give us a free pass for our crimes against Him! It does not work that way. God does not adapt His justice to suit our beliefs. He is perfectly just; therefore, He cannot allow sin to go unpunished. And no amount of good deeds on our part can erase the list of crimes we have committed against Him.

But here’s the good news. God sent His Son—the Lord Jesus Christ—to take our punishment upon Himself. The Bible says, “God commendeth [demonstrated] His love toward us, in that, while we were yet sinners, Christ died for us” (Romans 5:8). Even though we have all rebelled against God and deserve His judgment, He has never stopped loving us. He was so intent on bringing us back into His story—into a close relationship with Him—that He sent His perfect Son to die for our sins. Jesus satisfied His Father’s demand for justice—He bore the punishment for humanity’s rebellion. Then He arose from the grave, victorious over sin and death itself!

He is alive today, and He is inviting you back into God’s story—everything that Adam and Eve lost when they sinned against God, Jesus wants to give back to you. You can have your sins forgiven and washed away. You can receive God’s gift of eternal life, so that the end of your life on earth is not the end of your story, so that death is not a tragic ending for you, but rather a new beginning—a gateway to spending eternity with God in heaven.

But how do you accept Jesus’ invitation? How do you become part of His story?

WE ARE GIVEN THE CHOICE: LIFE OR DEATH—GOD’S STORY OR OUR OWN REBELLIOUS SCRIPT.

“…That whosoever believeth in Him [Jesus] should not perish, but have everlasting life.”

Just like with Adam and Eve, God lets you choose your destiny. Here are your options:

1. You can comply to the terms of God’s perfect story by believing in Jesus and accepting His gift of everlasting life.

2. You can live in disbelief, choosing to write your own story that will end in certain death and eternal separation from the God who loves you.

The choice is yours, and God has not made it difficult. Just believe and let God become the Author of your story. Now, you might ask, How exactly do I “believe” in Jesus?

The Bible says, “That if thou shalt confess with thy mouth the Lord Jesus [profess that Jesus is Lord], and shalt believe in thine heart that God hath raised him from the dead, thou shalt be saved…for whosoever shall call upon the name of the Lord shall be saved” (Romans 10:9, 13).

You don’t have to try to be the hero of your story. Jesus wants to be your Hero, and so much more. Just trust in Him, and let His story transform your story.  Let Him give you that relationship with God that you were created to enjoy.

If you would like to start living God’s story today, you can pray from your heart something like this. (There is no “ritual power” in these particular words; what’s important is that you are speaking to God from your heart, not reciting something that you don’t mean.)

Dear God, I admit that I have sinned against You—I have broken Your laws
and put up a barrier between us. I know I deserve Your judgment—I
deserve to die and spend eternity separated from You in the lake of fire.
But I believe that Jesus died to pay for my sins and rose again to give me
eternal life. Please forgive my sins and make me Your child. I’m trusting
Jesus as my Hero—He is the only One Who can save me. Please become
the Author of my story. Please make me more like Jesus. Amen.

If you just prayed to let Jesus into your life, you have found true peace and satisfaction. Your life will never be the same!

WATCH VIDEOS
TELL US YOU BELIEVE

Here are three immediate results of your decision to believe in Jesus:

1. You don’t have to fear the ending of your story—you don’t have to be afraid of death. Because you have believed on Jesus, you are now a child of God; you can never be kicked out of His family or lose the everlasting life that He has given you. Here are a few promises that guarantee your story will have a happy ending: “But as many as received him, to them gave he power to become the sons of God, even to them that believe on his name” (John 1:12). “And I give unto them eternal life; and they shall never perish, neither shall any man pluck them out of my hand” (John 10:28).

2. Jesus now lives inside you through His Holy Spirit. When you prayed just a moment ago, this is what happened: “God hath sent forth the Spirit of his Son into your hearts, crying, Abba, Father” (Galatians 4:6). That means, you have been officially accepted into God’s family. And now, you have an ever-present Guide living inside you called the Holy Spirit. With a still, small voice, He will begin helping you live like Jesus. Be sure to listen to Him and obey what He says!

3. You have nonstop access to your newfound relationship with God. Now that you’re His child, He invites you to “come boldly unto [His] throne of grace” (Hebrews 4:16). Whenever you want, you can now talk directly to God—about anything and everything, and He promises to always hear you and answer you.

So, what next? If you submit the form below, we will connect with you and give you some resources that will help you have the best possible relationship with God. But until then, here are a couple things we would encourage you to do:

1. Start reading the Bible every day to get to know Jesus. We recommend you start in the Gospel of Mark and then try the Gospel of John.

2. Spend time talking to God in prayer every day

3. Dive deeper into the John 3:16 Story. Download the PDF Bible Study below.

We are so glad you made the choice to let Jesus rewrite your story. Your search for peace and satisfaction is over. And now, your story is destined for a happy ending.

We'd love to show you how to begin a relationship with Jesus today. 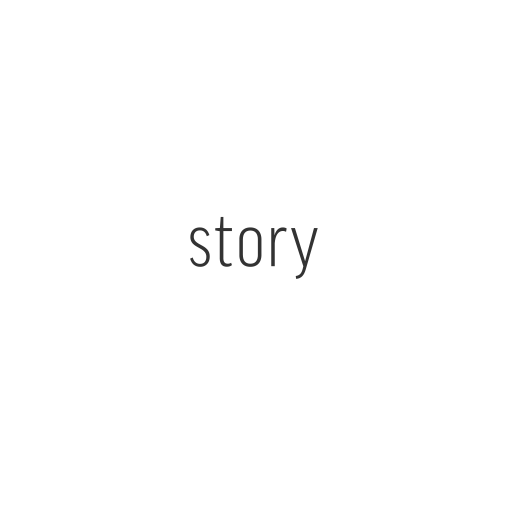